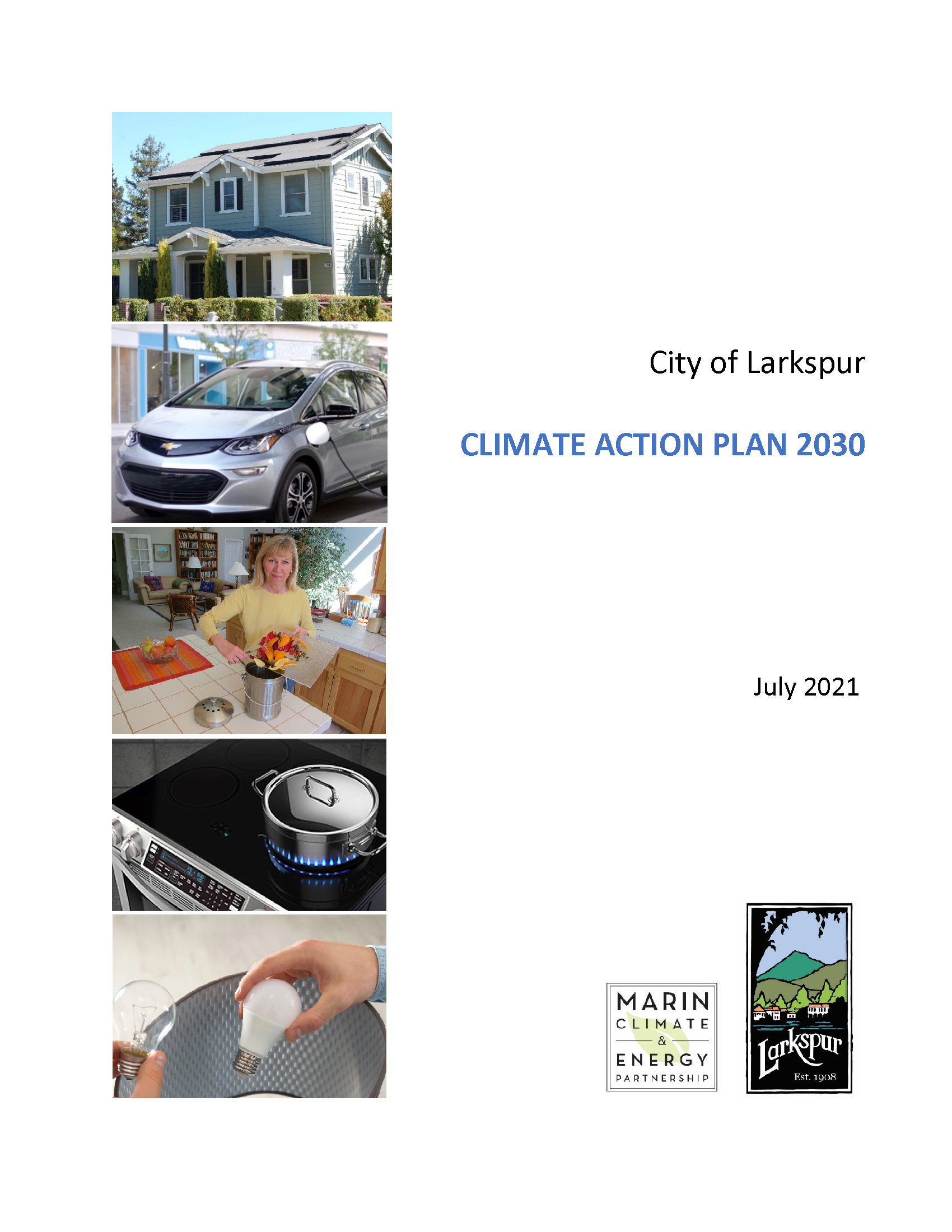 To submit public comment on draft materials send an email to ntoft@cityoflarkspur.org. You can view all comments on the Draft Climate Action Plan 2040 here.

A balance of naturally occurring gases dispersed in the atmosphere determines the Earth’s climate by trapping infrared radiation (heat), a phenomenon known as the greenhouse effect. Significant evidence suggests that human activities are increasing the concentration of these gases (known as “greenhouse gases” or GHG) in the atmosphere, causing a rise in global average surface temperature and consequent global climate change. The greenhouse gases include carbon dioxide, methane, nitrous oxide, halocarbons, ozone, and water vapor. According to EPA’s April 2009, “Inventory of U.S. Greenhouse Gas Emissions,” the majority of GHG emissions comes from fossil fuel combustion, which in turn is used for electricity, transportation, industry, and heating, etc.

Collectively, these gases intensify the natural greenhouse effect, causing global average surface temperatures to rise, which affects local and global climate patterns. These changes in climate are forecasted to manifest themselves in a number of ways that might impact Larkspur as well as other changes to local and regional weather patterns and species migration.

The City of Larkspur understands that climate change has the potential to significantly affect Larkspur’s residents and businesses, as well as other communities around the world. The City also recognizes that local governments play a strong role in reducing greenhouse gas emissions and mitigating the potential impacts of climate change. The purpose of the City's Climate Action Plan is to compile existing and potential strategies (i.e., actions, projects, and programs) that the City’s government operations and the community can take to address climate change.

Through actions outlined in the Climate Action Plan, such as increasing energy efficiency of buildings, encouraging less dependence on the automobile, and using clean, renewable energy sources, the community can experience lower energy bills, improved air quality, reduced emissions, and an enhanced quality of life. The City’s preparation of a 2005 Greenhouse Gas Emissions Inventory and this Climate Action Plan was the beginning of an ongoing planning process that includes assessing, planning, mitigating, and adapting to climate change. GHG Emissions Inventories have been prepared on a regular basis, with the latest completed for 2018 can be viewed here. This information, as well as information for the surrounding Marin County jurisdictions, can also be viewed graphically using the Marin Climate and Energy Partnership's online tracker.